Levels of Automation Taxonomy (LOAT) is a matrix of human information processing and systems functions against levels of automation through the cycle of four cognitive functions. The LOAT provides a framework to identify the best levels of automation in a given context and to determine a logical transition of manual to various levels of automated operations. The path to a LOAT suitable for adoption for drilling systems automation has been laid out by the Single European Sky ATM (Air Traffic Management) Research (SESAR). It is grounded on the seminal work by Sheridan and Verplanck—the first to introduce the idea of automation levels—and on the subsequent work by Parasuraman, et al, which defines four cognitive functions to be supported in a human-machine system. 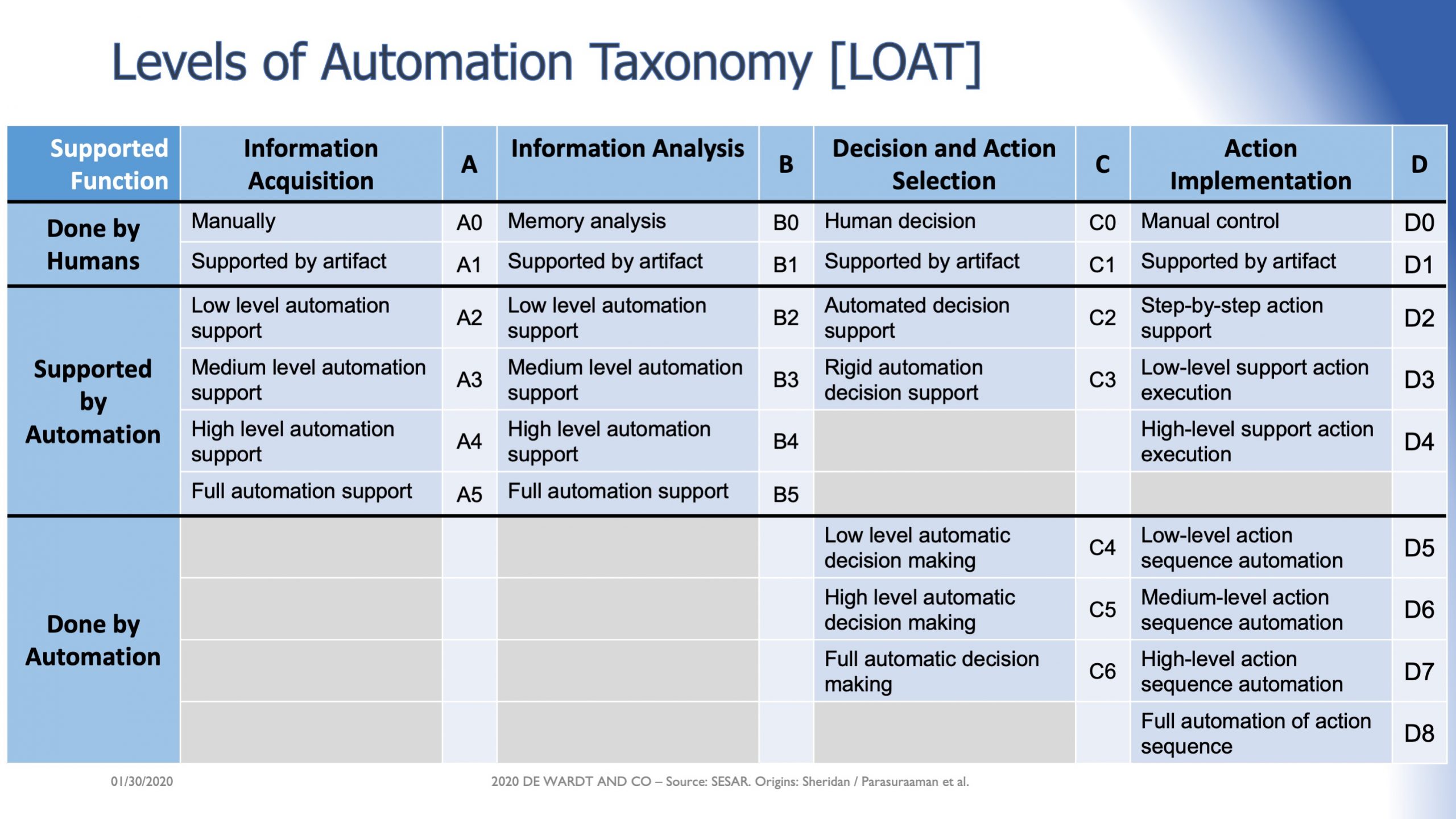 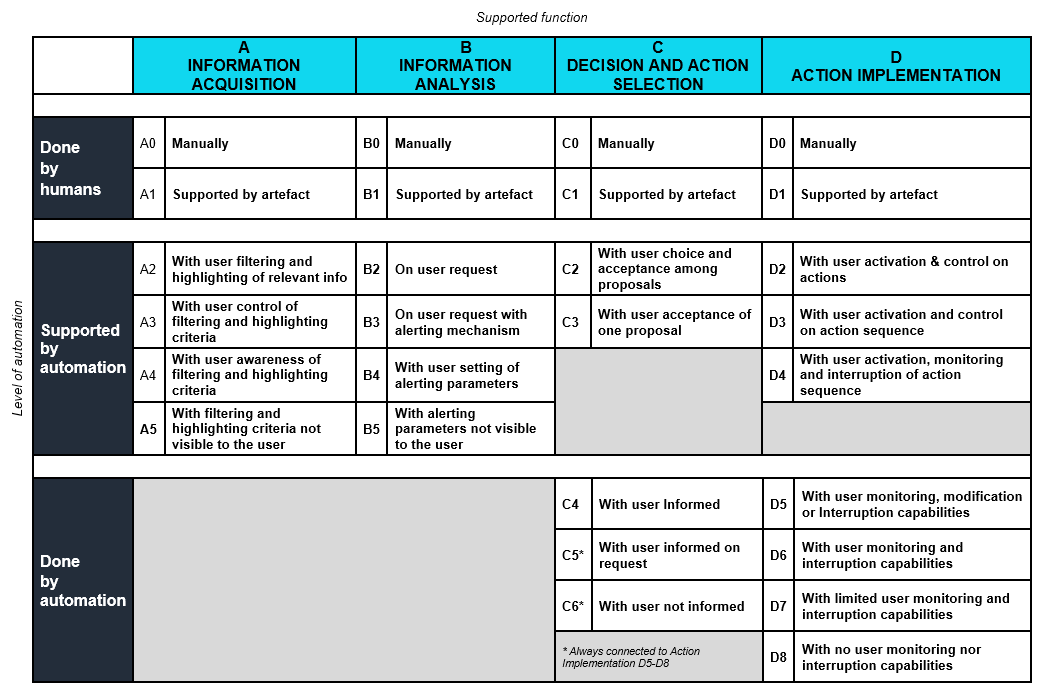 Updated version supplied by Luca Save from SESAR.