A review was made of roadmaps and roadmapping processes in domains considered to be similar to Drilling Systems Automation (DSA). The roadmapping process developed and published by Sandia National Laboratories, unlimited release, was found to be the most appropriate example for adoption for the DSA Roadmapping process. In fact it forms the basis of the version in Wikipedia and the process adopted by IEA and other organizations.

This original work has been adapted for use by this industry initiative to guide the development of a Drilling Systems Automation Roadmap. We are very grateful to Sandia National Laboratories for releasing this work into the public domain for use in industries such as oil and gas drilling and completion. 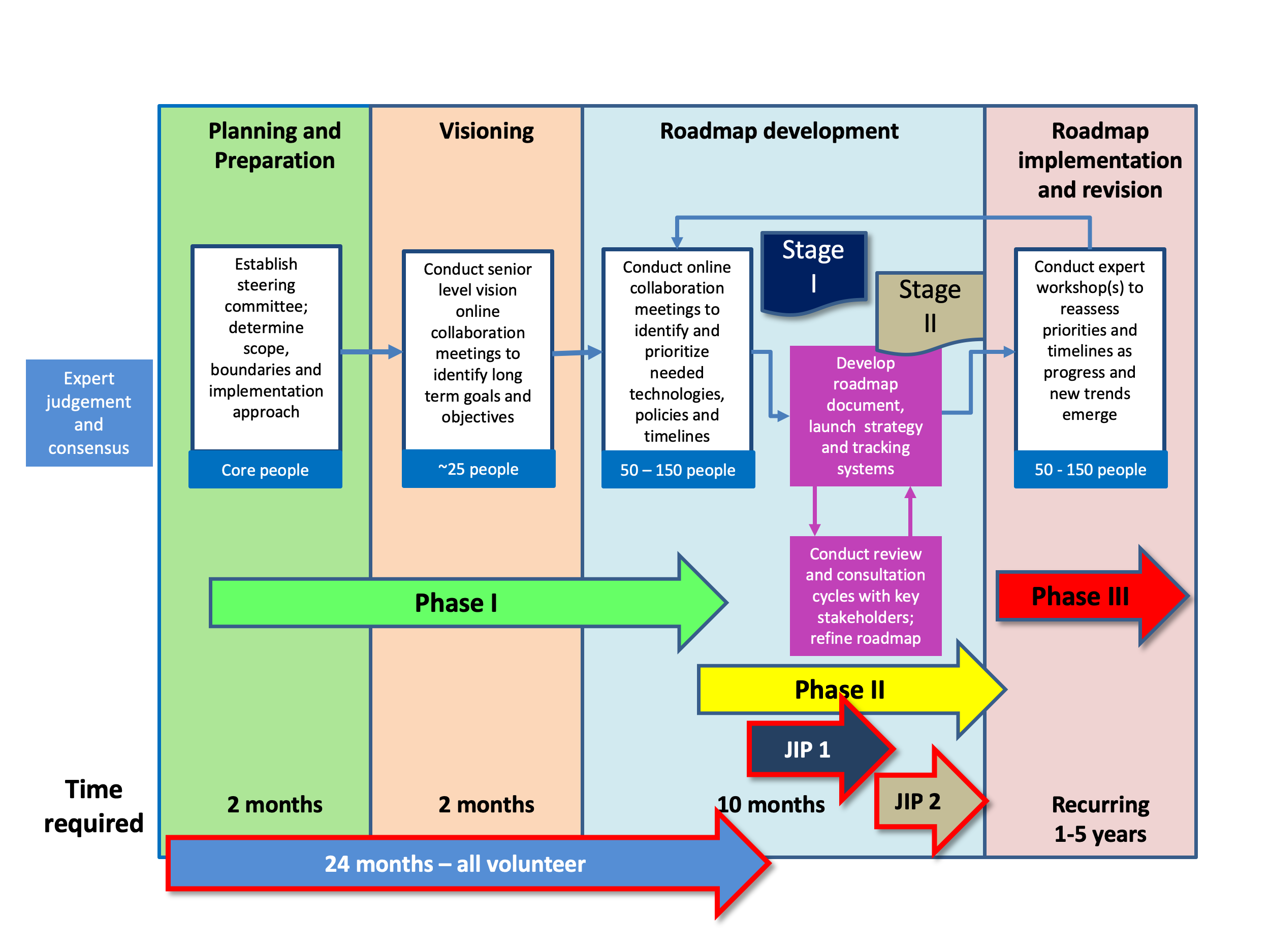 Foundation (Planning & Preparation / Visioning): This includes the development of an agreed description of the Scope and Boundaries of the roadmap and the Vision for DSA toward which the roadmap is oriented.

Development: Identify the “product” Needs, critical system targets, major technology areas, technology drivers / targets, technology alternatives / time lines. This work culminates in a graphic representation of the various technology aspects and their anticipated development against a future time line. A report will be developed describing the anticipated evelopment of all the interrelated aspects of drilling systems automation